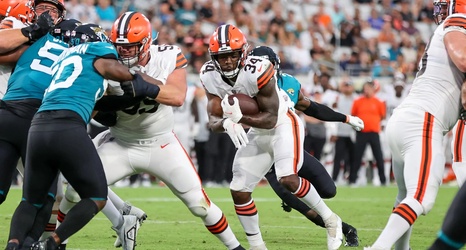 The Cleveland Browns played their first preseason game of the year Friday evening against the Jacksonville Jaguars, winning by a score of 24-13. Let’s get to the full recap.

Starters and backups discussion aside, from a competitive, execution, and entertainment aspect, the Browns were a bleeping disaster in the first quarter (and for all three series that Deshaun Watson was under center). It started on Watson’s very first play, when head coach Kevin Stefanski dialed up his bread-and-butter play of having a quarterback roll to the left. Watson’s throw sailed over the head of an open Anthony Schwartz.