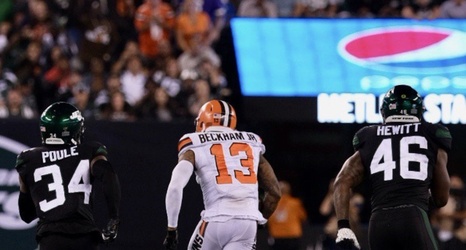 The Browns didn’t wither in primetime on Monday Night as they dominated the Jets 23-3 to get in the win column for the first time in 2019. In his return to the Meadowlands, Odell Beckham Jr. shined bright on the offensive side of the ball for Cleveland, putting together the type of performance fans expect from the three-time Pro Bowler. Defensively, Myles Garrett stole the show as he added a handful of sacks to his resume this season.

All things considered, it was a cleaner effort by Freddie Kitchen’s team but for a team with such high expectations this season, there remains plenty of room for improvement.