BROWNIES & FROWNIES: First win of the season as Texans succumb 31-21 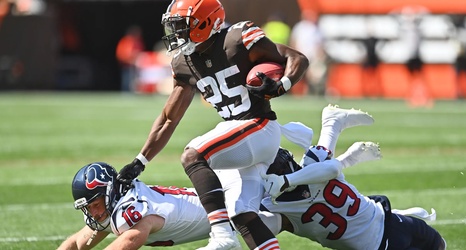 The Browns finally had their first home game against a Houston Texans team that before the season began everyone had already written off as a very bad team. Jacksonville will tell you otherwise as the Texans thumped the Jaguars 37-21 with a backup QB and rolled to a 27-7 halftime lead.

Houston has several former Browns on their roster including TE Pharaoh Brown, LB Christian Kirksey, DB Tavierre Thomas and QB Tyrod Taylor who left the game with a hamstring issue.

Let’s get at it. Who played well for the Browns? Who didn’t?

QB Baker Mayfield - The Browns signalcaller started the game red hot and halfway through the second period was 9-9 with 111 passing yards.