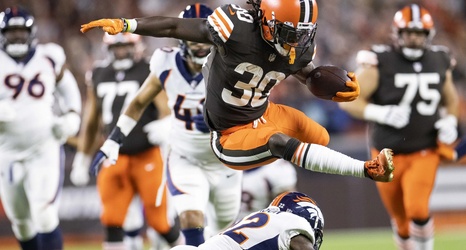 The Browns have had lots of issues lately. It is a revolving door with who is healthy and who is not playing. Starting QB, fullback, wide receiver, cornerback, offensive tackles.....well, you get the picture.

Cleveland needed to stop the bleeding. In rolls the Denver Broncos who have had issues of their own. Both clubs entered the contest 3-3-0 and don’t want to dig a hole for themselves any further.

Enough of the chit chat - let’s get after this. Who played well for the Browns? Who didn’t?