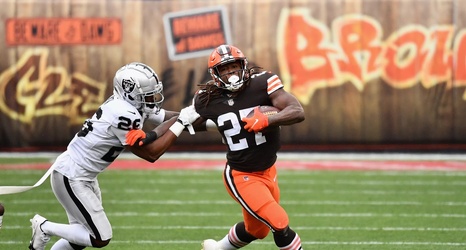 The 5-2-0 Browns against the 3-3-0 Las Vegas Raiders. Both clubs have won some nail biters this year. This game was a pivotal point for both teams.

For Cleveland, a victory would say “We can beat the good teams” while for the Raiders, they are in a competitive division in the NFL and didn’t want to lose any ground.

The Browns offense has been the pinnacle of the club while the defense somehow has found their turnover magic each game. Going into this contest, Cleveland ranked fourth in turnover differential with a +5 while Las Vegas is one of the worst in this category with a -5.