Baker Mayfield expected to practice this week despite injury 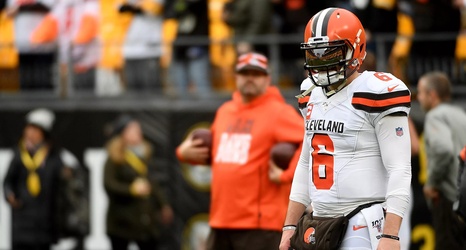 It was a bad day all around on Sunday for the Cleveland Browns as they dropped a game to the Pittsburgh Steelers, essentially ending their playoff hopes for 2019.

But it could have been far worse.

Quarterback Baker Mayfield left the game near the end of the first half after hitting his right hand on the facemask of Steelers linebacker Bud Dupree on a deep pass attempt to wide receiver Odell Beckham Jr. As Mayfield ran into the locker room, it appeared that the bad news would soon follow.