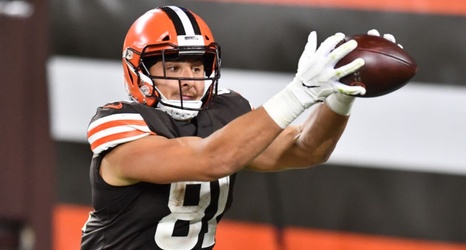 Week 11 was another win for the Cleveland Browns as they moved to 7-3 on the season after knocking off the Philadelphia Eagles. The win, coupled with the Baltimore Ravens’ loss to the Tennessee Titans, moves them to second place in the AFC North.

Spirits were high following the win, and that could be heard in the voice of tight end Austin Hooper, who was a guest on The Jim Rome Show. One thing that Hooper touched on was how deep his club is at defense.