Anthony Walker to call the plays on defense for the Browns 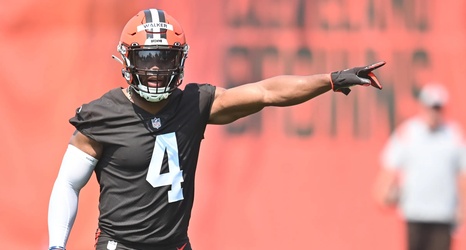 The Cleveland Browns need someone to call the plays in the defensive huddle this season after allowing linebacker B.J. Goodson, who was tasked with the responsibility last season, leave in free agency.

The role has traditionally been filled by a team’s middle linebacker, and defensive coordinator Joe Woods is apparently a bit of a traditionalist as he will hand play calling duties to linebacker Anthony Walker Jr. this fall.

That is according to safety John Johnson III, who let the news slip on Thursday during his time with the media, according to The Beacon Journal’s Nate Ulrich:

“I can just say Anthony Walker has stood out to me.