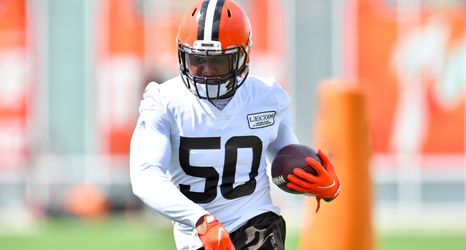 CLEVELAND, OHIO - AUGUST 22: Quarterback Baker Mayfield #6 and running back Nick Chubb #24 of the Cleveland Browns run onto the field during player introductions prior to the game against the New York Giants at FirstEnergy Stadium on August 22, 2021 in Cleveland, Ohio. (Photo by Jason Miller/Getty Images)

The predictions are over. We now know what the initial 53-man Cleveland Browns roster for the 2021 season is.