3 takeaways from John Dorsey’s talk with The Ringer 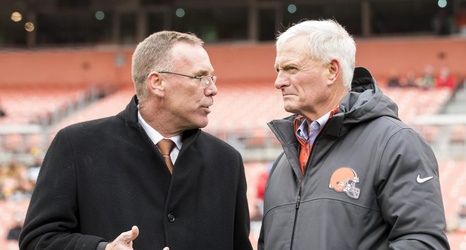 Cleveland Browns general manager John Dorsey has kept busy reshaping the team since taking over the position late in 2017.

The changes are obvious everywhere you look on the roster: a new quarterback room, a pair of new running backs, a new starting wide receiver and starting right tackle, and an influx of new faces in the defensive secondary.

How well those moves pay off will start to be revealed on August 9 when the Browns open the preseason with a game against the New York Giants. In the meantime, Dorsey sat down for an interview with Kevin Clark from The Ringer where Dorsey laid out his plan to return the Browns to glory.