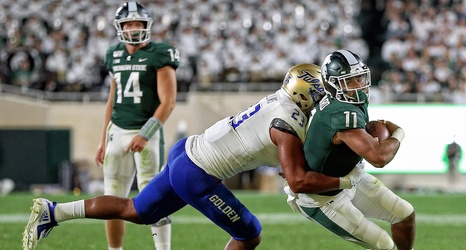 The offense under then-head coach Freddie Kitchens sputtered. For one, there was too much pressure from opposing teams defensive fronts and a ton of offensive penalties. Plus, the production from the tight end position wasn’t up to par.