3 Cleveland Browns who should have been in the Top-100 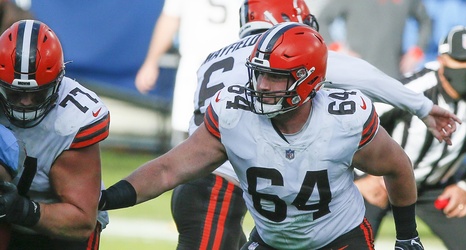 KANSAS CITY, MISSOURI - JANUARY 17: Quarterback Baker Mayfield #6 of the Cleveland Browns huddles with his team during the first quarter of the AFC Divisional Playoff game against the Kansas City Chiefs at Arrowhead Stadium on January 17, 2021 in Kansas City, Missouri. (Photo by Jamie Squire/Getty Images)

Earlier this week, Pete Prisco of CBS released his Top 100 Players of the 2021 season and the Cleveland Browns found themselves with five names on the list — four of which were offensive players.