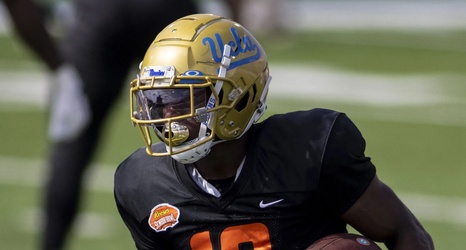 With the 211th pick in the sixth round of the 2021 NFL Draft, the Cleveland Browns selected RB Demetric Felton from UCLA.

Here is a scouting report from The Athletic’s Dane Brugler, who had Felton as the 26th-ranked wide receiver (more on that in a second) on his board:

A three-year starter at UCLA, Felton was initially a wide receiver before moving to running back in head coach Chip Kelly’s pro-style spread scheme. He was productive whenever he touched the football for the Bruins, both in volume (led the Pac-12 with 165.