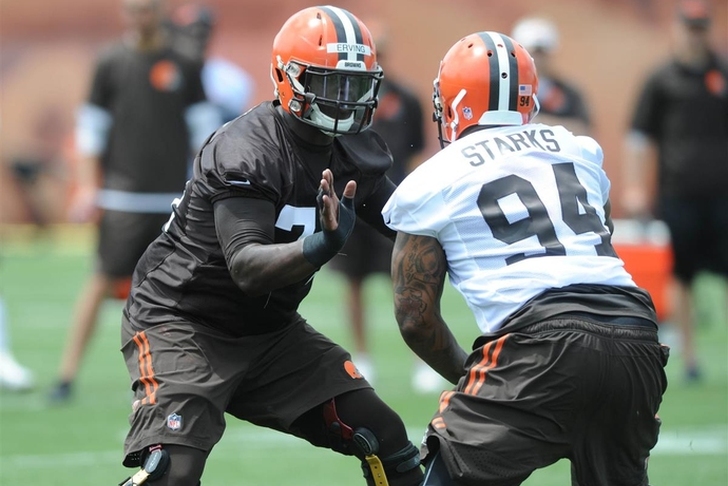 The Cleveland Browns' new head coach, Hue Jackson, and a new front office are already beginning the long process of overhauling the team's roster -- terminating the contracts of defensive lineman Randy Starks and back up tight end Jim Dray on Thursday.

Starks, 31, started 15 games for the Browns in 2015. He was pegged by many to be an expendable piece with new defensive coordinator Ray Horton on the staff, but should land on his feet on the depth chart of another team in need of D-line help.

Dray was a reserve tight end for the Browns over the past two seasons, amassing 23 catches for 303 yards and a touchdown in 32 games played. More Browns rumors and news inside the Chat Sports Android and iPhone apps!

These moves are minor compared to the chaos reportedly to come, with quarterback and former first-round pick Johnny Manziel slated to be cut when the new league year starts on March 9th. There's also the intrigue surrounding Pro Bowl center Alex Mack, who could very well opt out of his contract in the next few weeks.