Robert Griffin III Will Start For Browns On Sunday 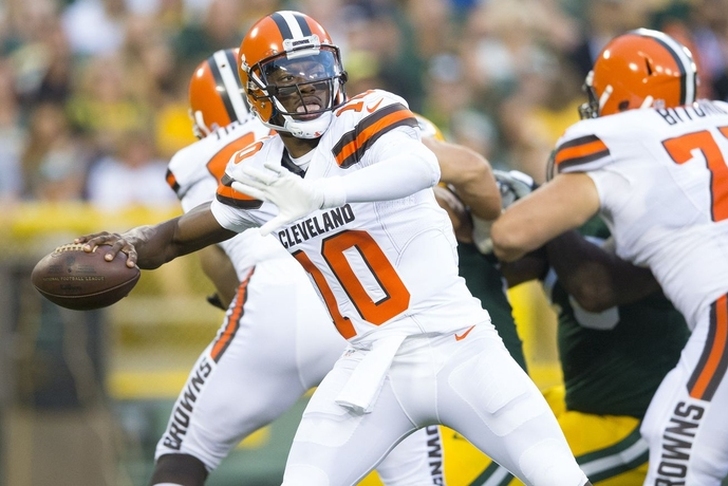 Barring an unforeseen health setback in practice, the Browns plan to start Robert Griffin III at QB on Sunday, per source.

Griffin, who was named the team's starter at the beginning of the season, hasn't played since suffering a shoulder injury in their Week 1 loss to the Eagles.

Cleveland is 0-12 this season, cycling through Josh McCown, rookie Cody Kessler and Charlie Whitehurst under center in Griffin's absence.

The Redskins benched Griffin for the entire 2015 season, meaning he last finished a meaningful football game in 2014. Before suffering the injury in the opener, RGIII had completed 12/26 passes for 190 yards and an interception.