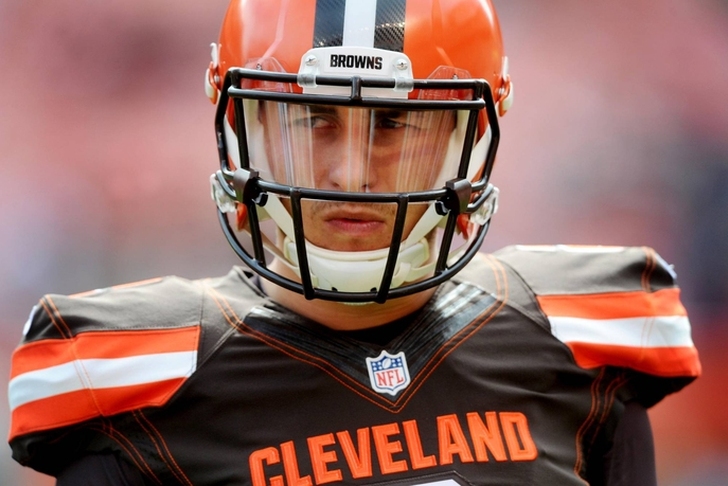 The affidavit that Colleen Crowley filed as part of her request for a protective order has been released by NBC Dallas Fort-Worth. Crowley accuses Manziel from leaving his hotel room, hitting her so hard that her ear drum is ruptured and Manziel threatening to kill them both.

While Crowley's lawyer said the ear is expected to hear, Crowley still can not hear out of it. Many of the other details from the affidavit are the same as the ones previously reported and can be found below.

The ex-girlfriend of Cleveland Browns quarterback Johnny Manziel, Colleen Crowley, has told police that she was hit by Manziel and dragged into a car during an altercation last weekend, per a WFAA in Dallas report. She is requesting a protection order after the incident.

Manziel has come out and denied the allegations, telling TMZ Sports that it flat out "didn't happen." His ex-girlfriend also alleges that Manziel threatened to kill himself and her during the altercation, telling police that he told her to "shut up or I'll kill us both." Manziel denied that too, adding, "I'm completely stable. I'm safe and secure."

According to police reports, Crowley became "increasingly uncooperative" when questioned about the incident on site and refused to allow officers to photograph her alleged injuries.

Per Rebecca Lopez of WFAA, "Crowley has told authorities that, according to sources, she is afraid for her safety and has drafted an order of protection to be presented to a Tarrant County district court judge."

Sources cited by Lopez summarize the content of Crowley's filed affidavit indicate that the alleged assault took place in the early hours of Saturday morning at the Browns QB's hotel room in Dallas. The two allegedly got into an argument about another girl. When Crowley tried to leave, she says Manziel "restrained" her and "led" her to the valet area from a back stairway.

She reportedly begged the valet not to let Manziel take her, but he still was able to drive her half a mile to the nearby Concrete Cowboy Bar.

"He grabbed me by my hair and threw me back into the car and got back in himself," she reportedly told police. "He hit me with his open hand on my left ear for jumping out of the car. I realized immediately that I could not hear out of that ear, and I still cannot today, two days later."

The argument allegedly escalated from there, with Manziel threatening to kill himself before laughing off her attempts at reconciliation by telling her that he'd kill both himself and her. They eventually made it to her Fort Worth apartment, where she reportedly told police he smashed her phone and started "pacing" outside. In fear, she picked up a knife and advanced towards him when he walked back into the apartment -- an action which allegedly led Manziel to flee the apartment.

“We've been clear about expectations for our players on and off the field,” said Sashi Brown, the Browns executive vice president of football operations, in a statement back on Tuesday.

“Johnny's continual involvement in incidents that run counter to those expectations undermines the hard work of his teammates and the reputation of our organization,” Brown added. “His status with our team will be addressed when permitted by league rules. We will have no further comment at this time.”

A Dallas Police helicopter was reportedly employed to find Manziel after the incident. Crowley added that she believed Manziel was on drugs and could have killed them both. This incident comes just months after an October confrontation after which Crowley sad he pressed her head against a window. The NFL investigated the claims but decided not to discipline him after charges weren't brought up against him.

Stay tuned to Chat Sports for the latest on this breaking story as additional info is made available.