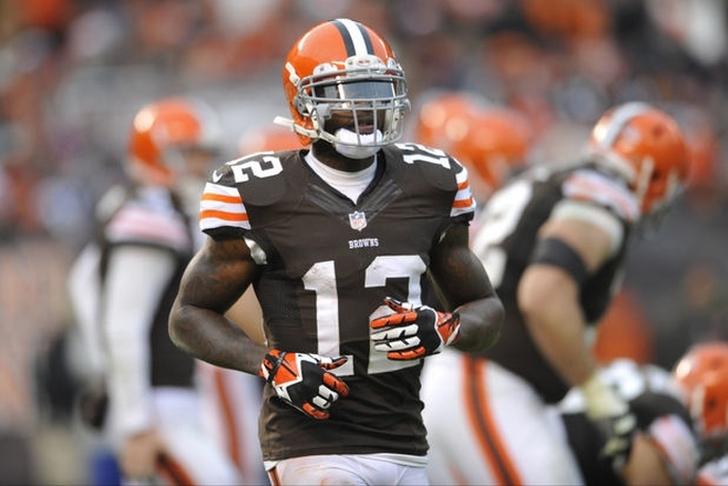 The Cleveland Browns might not get WR Josh Gordon back next season. The talented wide receiver is awaiting reinstatement from the NFL after being suspended by the NFL for failing drug tests. That's yet to happen, and Gordon's failing of yet another drug test is likely a major reason why.

#Browns WR Josh Gordon did fail another drug test a month ago, as @MikeGarafolo said. Explains why he hasn't been reinstated yet.

This doesn't mean Gordon won't be reinstated a later date, but it's not a promising sign. Roger Goodell has yet to rule on Gordon's status and the positive test has at least given Goodell and the NFL pause. The NFL, NFLPA and Gordon's agent Drew Rosenhaus all declined comment to Fox Sports.

Gordon was the NFL's leading WR in 2013, and the Browns were hoping to pair with QB Robert Griffin III, his former teammate. Gordon is reportedly living with former Browns QB Johnny Manziel. Gordon hasn't played a full 16-game season since his rookie year in 2012 because of suspensions. He missed the first two games of 2013, 10 games in 2014 and then all of last season.