Report: Johnny Manziel To Start For Browns Again This Season 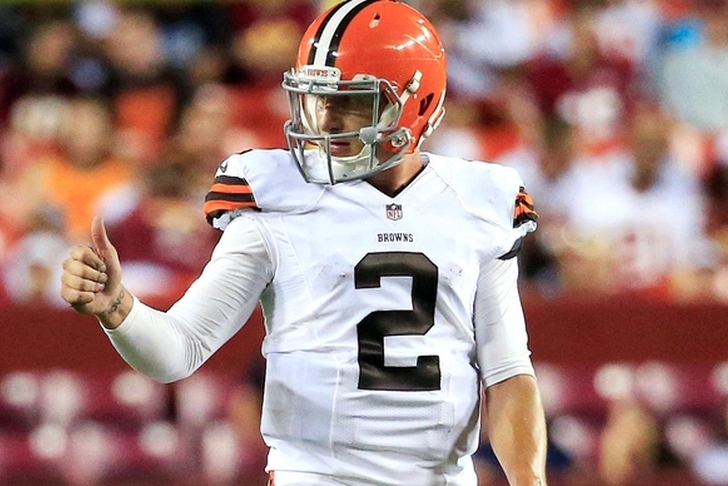 Cleveland Browns quarterback Johnny Manziel, benched after a video surfaced online of him partying recently, has reportedly been told that he'll start again in 2015.

Sources cited by ESPN indicated that there will be conditions attached. Manziel was slotted in as Cleveland's third-team quarterback last week against the Ravens partly because he lied to the coaching staff about the video of him partying in Austin, Texas from two weeks ago. He was also docked for the overall cache of decisions he made during the team's bye week.

"The bye week would be ... wouldn't use the word 'test,' but that's essentially what it ended up being," Pettine said.

Austin Davis took over the starting role for the team's game against the Cincinnati Bengals on Sunday. If he can put together a stretch of solid play, he may end up winning the starting job. However, Manziel seems destined to get at least one more start in before the 2015 season ends.