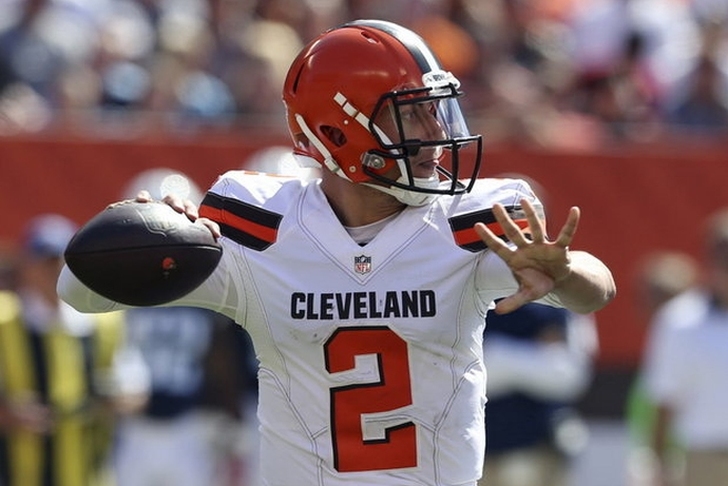 The Cleveland Browns are preparing to start quarterback Johnny Manziel on Thursday Night Football against the Cincinnati Bengals, according to Rand Getlin of NFL Network:

I'm told the #Browns are preparing QB Johnny Manziel to start, on the road, against the undefeated #Bengals, on a short week. Brutal task.

Starting quarterback Josh McCown was examined multiple times on the sidelines during the Browns' loss to the Cardinals on Sunday with hurt ribs, and it appears that he won't be ready to play after a short week.

Manziel started one game for the Browns earlier this year, passing for 172 yards and two touchdowns with no interceptions in Cleveland's Week 2 win over the Titans. Cleveland is 2-6 this season.