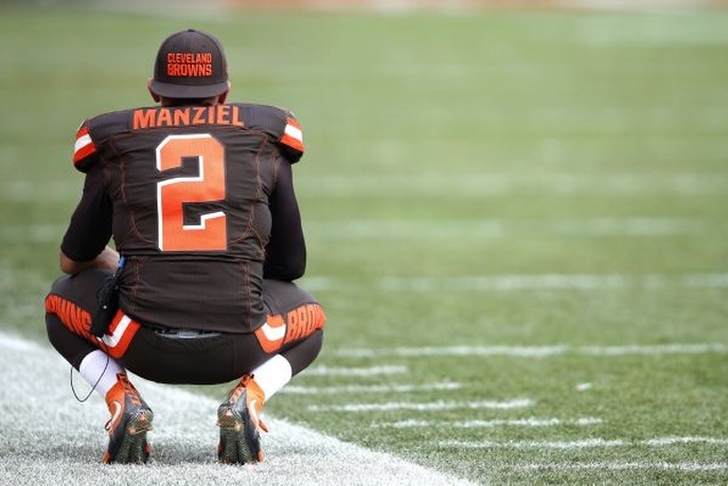 In the latest chapter of the ongoing saga between the Cleveland Browns and quarterback Johnny Manziel, the team is "actively trying" to trade him, according to ESPN Cleveland's Tony Rizzo:

Rizz: "The Browns are actively trying to trade Johnny Manziel..."

This news comes after Manziel was pulled over during a domestic argument with his girlfriend on Friday, during which he admitted to police that he had been drinking but wasn't intoxicated.

A witness to the incident claimed that Manziel's car passed her on the shoulder of the I-90 (a major highway in Cleveland) at a high speed. The witness said Manziel and Crowley were arguing, and that Crowley tried to leave the vehicle while it was on the road. The couple stopped in Avon, a suburb of Cleveland, and continued their argument.

His girlfriend, Colleen Crowley, told police that Manziel shoved her head into a window and that she wanted her phone and to return to her home in Texas because she feared for her safety. There was an abrasion on her arm, but police determined that was from Manziel grabbing her to prevent her from leaving the car while it was on the road.

It's unclear if there will be any takers for Manziel, or if the Browns will cut him if they can't find a trade partner.

Manziel started one game for the Browns this year, passing for 172 yards and two touchdowns with no interceptions in Cleveland's Week 2 win over the Titans.