Report: Browns Will Take Myles Garrett With No. 1 Pick 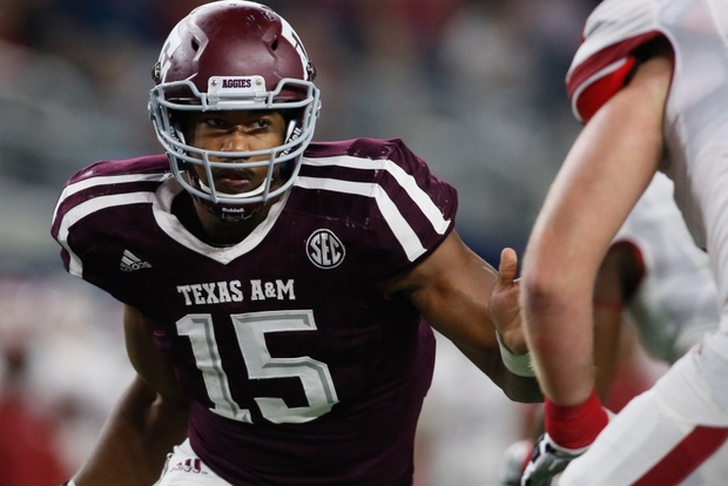 With just hours until the 2017 NFL Draft kicks off, the Cleveland Browns have decided that they will take Texas A&M defensive end Myles Garrett with the No. 1 overall pick, according to Mary Kay Cabot of Cleveland.com:

The Browns' top brass met Thursday afternoon to solidify their plans, but some of them have known for a while that Garrett was the pick.

"You want to make sure that you get a player (at No. 1) that's going to be an impact player and that we can count on,'' [general manager Sashi] Brown told ESPN Wednesday.

The Browns had been debating whether to take Garrett or North Carolina quarterback Mitchell Trubisky with the top pick, and it appeared that they were leaning towards drafting Trubisky.

Cleveland still wants Trubisky, but value Garrett higher. They are still looking to trade up from the No. 12 pick to draft Trubisky and have been talking to both the Titans (No. 5 pick) and Jets (No. 6 pick) about a possible deal.

If they are unable to make a deal, Cabot reports that the Browns will likely draft Clemson's Deshaun Watson or Texas Tech's Patrick Mahomes.