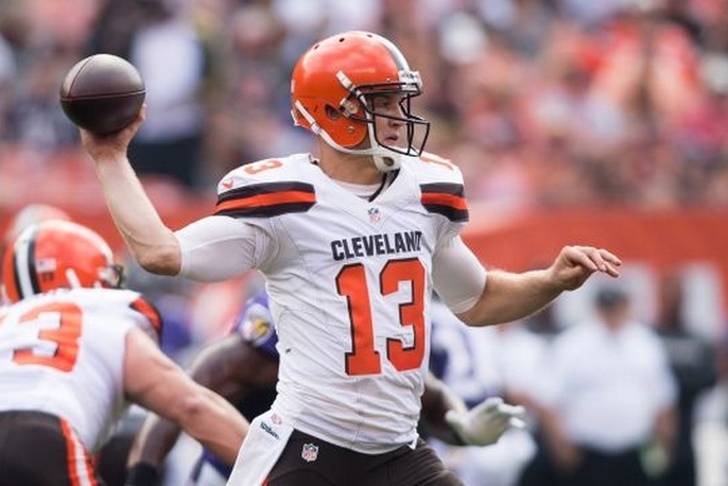 Cleveland Browns quarterback Josh McCown suffered a broken collarbone on Sunday against the Ravens, according to Mary Kay Cabot of the Cleveland Plain-Dealer:

The 14-year pro fractured his left non-throwing collarbone during Sunday's 25-20 loss to the Ravens, a Browns spokesman clarified on Friday. Previously, the team was vague about the extent of the injury.

It's non-displaced, despite Hue Jackson incorrectly stating in his during his press conference Friday that it's displaced. But the timeframe on McCown hasn't changed. He's out for Sunday's game against the Dolphins, and is week-to-week thereafter. With the fracture, however, he's likely to miss multiple games.

The Browns had been vague about the injury earlier in the week, but now revealed the full extent of the injury.

Rookie Cody Kessler will start this weekend against the Miami Dolphins, and the team signed veteran free agent Charlie Whitehurst on Monday to provide depth at the position. Starter Robert Griffin III is out 8-12 weeks with a fractured shoulder.

McCown played the whole game against the Ravens, passing for 260 yards with two touchdowns and two interceptions.