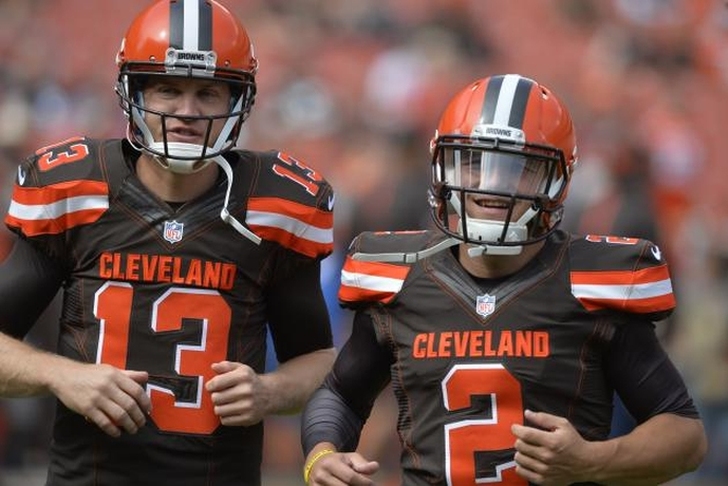 Cleveland Browns head coach Mike Pettine has said that Josh McCown will continue to be the team's starting quarterback over Johnny Manziel, and that's rubbing players the wrong way, according to TMZ:

"One player who admits he's extremely frustrated with the QB situation says, 'I love both Johnny and Josh but its f-----d up when you have Johnny come in and play well and has proven to the team that he is the right person for the job. It’s frustrating to him and us when you sit a player down when he is playing well. Coach has got to understand you are messing up the chemistry and timing with players and its f----d up.'

"Another player tells us, 'The team plays better when [Manziel] is in the game. I play better when he plays. You can’t get better unless you play. We won when he played and coach has got to trust him like he trusts Josh.'

"A 3rd player added, 'When Johnny in the game it puts the defense on edge. He doesn’t just sit in the pocket, he makes plays. Coach has got to make the change now.'"

The Browns are 0-2 on the season when McCown is the starter, but are 1-0 when Manziel starts.