REPORT: Browns To Move On From Johnny Manziel In March 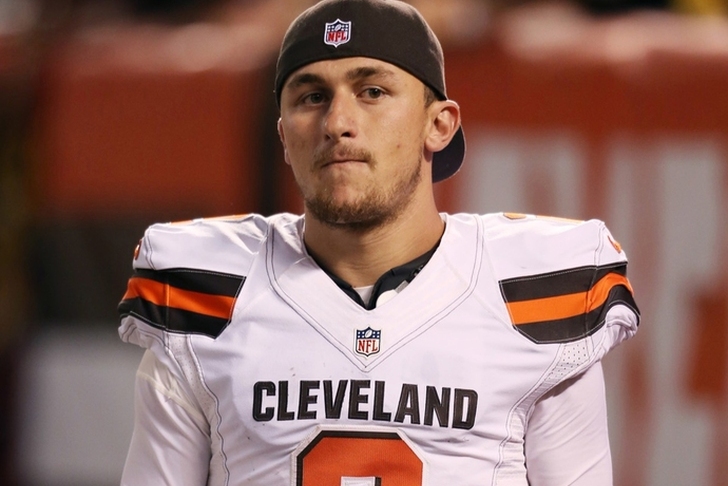 The Cleveland Browns are set to end the Johnny Manziel era just two years into his tenure with the team, according to an ESPN report which indicates that the team plans to move on from him on March 9th.

New Browns director of football operations Sashi Brown released a statement on Tuesday that expressed disappointment in Manziel after a recent domestic dispute with his girlfriend which led to police being called to the scene.

Although Manziel was not arrested for the incident, it appears this was the final straw for his tumultuous two-year stint in Cleveland. More on Manziel's impending exit from Cleveland inside the Chat Sports Android and iPhone apps!

"We've been clear about expectations for our players on and off the field. Johnny's continual involvement in incidents that run counter to those expectations undermines the hard work of his teammates and the reputation of our organization," he said. "His status with our team will be addressed when permitted by league rules. We will have no further comment at this time."

The Browns traded up to the #22 slot in the 2014 NFL Draft to select Manziel, putting questions about Manziel's work ethic while playing/partying at Texas A&M behind them while focusing on his skill set as a dual-threat QB. However, that's all a moot point now as the Browns will eat $4.6 million against the cap once the cap increases in March. It would have cost him just $2.4 million if they had just kept him.

Manziel was questioned by police back in October for another domestic incident with his girlfriend. It is unclear at the time whether or not Saturday's incident involved the same girlfriend. The latest quotes from both Manziel and the Browns inside our Chat Sports Android and iPhone apps!

New Browns head coach Hue Jackson, per a source cited by ESPN's Dan Graziano, made it clear internally that he didn't want Manziel to be his starting quarterback. Jackson reportedly hasn't spoken with Manziel personally as of yet.

We'll have more information on this story as it develops.