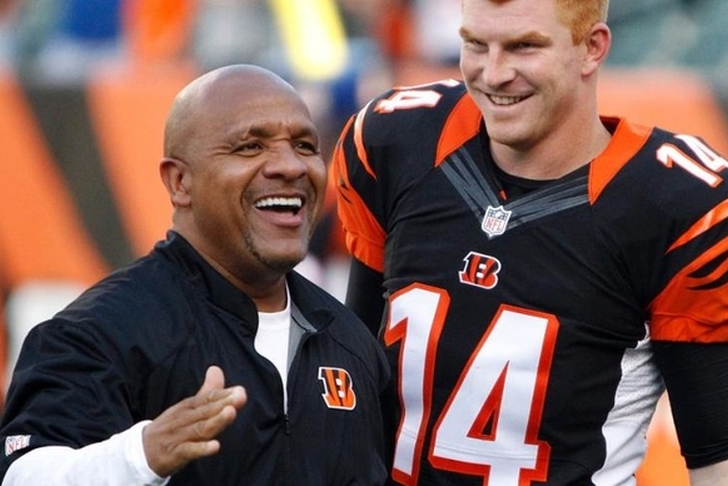 The Cleveland Browns are finalizing a deal with Cincinnati Bengals offensive coordinator Hue Jackson which will make him the team's next head coach, per multiple media reports.

Jackson has served as an offensive coordinator for four teams, including the Redskins, Raiders and Falcons. His first head coaching gig was with the Oakland Raiders back in 2011, but he was fired after just one year on the job after posting an 8-8 record -- sealed by a 1-4 slide to end the season which kept Oakland out of the playoffs.

Bringing 15 years of coaching experience to the table, including nine of those in the AFC North, Jackson's pedigree speaks for itself. There's also the matter of hiring him away from the division/in-state rival Bengals. With this hire, the Browns hope to both strengthen their own coaching staff while taking away from that of the current, reigning division champs.

Jackson helped Bengals QB Andy Dalton along to the best season of his NFL career in 2015, as Dalton's 106.3 quarterback rating was second best in the NFL before he suffered a broken hand. Even with AJ McCarron under center in his stead, the Bengals still scored almost 22 points a game in his absence.

The 50-year-old coach inteviewed with the San Francisco 49ers Sunday and had a talk scheduled with the New York Giants Thursday -- an interview he ultimately decided to pass on in order to take the reins in Cleveland. He'll replace Mike Pettine who was fired on the final Sunday of the regular season.