Report: Browns Contemplating Drafting A Quarterback Over Myles Garrett With No. 1 Pick 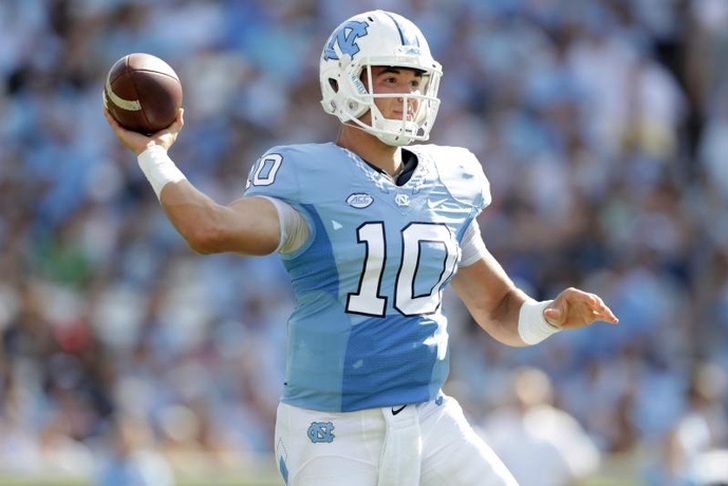 The Cleveland Browns have been widely expected to take Texas A&M defensive end Myles Garrett with the No. 1 overall pick, but it appears they are not sold on Garrett.

According to ESPN's Adam Schefter, the Browns are contemplating drafting UNC quarterback Mitchell Trubisky with that top pick.

Just had an NFL exec tell me, "Don't be surprised if Myles Garrett isn't the No. 1 pick." Exec convinced a QB is in discussion at No. 1.

Cleveland has not made up its mind at No. 1, per source. Split opinions. Some like Myles Garrett, some like Mitchell Trubisky. We will see.

Cleveland had been targeting Trubisky with the No. 12 overall pick, but they are not convinced that he will still be available when that selection comes.

Garrett is considered to be a once-in-a-generation type talent as a pass rusher, and he said earlier this week that he would "punish" the Browns if they passed on him with the top pick.

Browns head coach Hue Jackson has offered up praise for Trubkisky throughout the draft process, and said that he has no concerns about him only being a starter for one year in college.

“I don’t think that’s what’s important,” Jackson said. “If a guy demonstrates the characteristics of what you’re looking for, I think it’s important to keep digging and finding out more. I don’t get concerned about that part of it, as long as that guy can do what he needs to.”