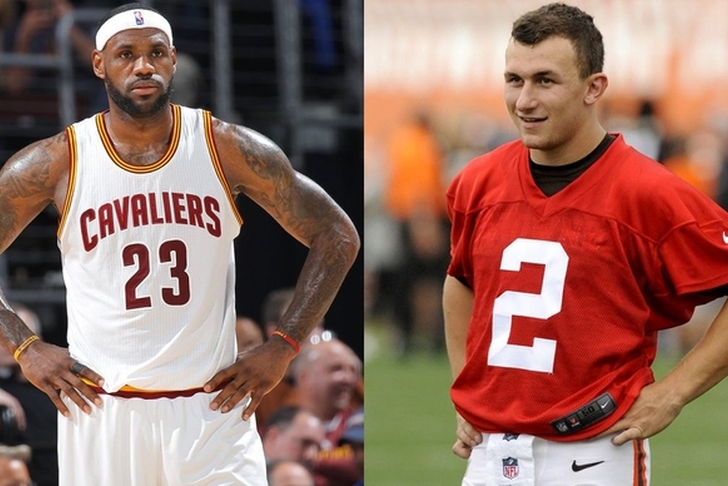 Cleveland Cavs superstar LeBron James' marketing agency, LPMR, has severed business ties with Cleveland Browns quarterback Johnny Manziel. While the firm is said to be moving away from endorsements, but Manziel's current position at the center of a media storm appears to been the main impetus for the decision.

"I will continue to support and advise him as a friend," Maverick Carter, LeBron James' friend and business partner, said. "However, because Johnny needs to focus on personal growth, the next phase of his career and because LRMR continues to expand beyond marketing, we made the mutual decision that it was best to terminate our business relationship."

A spokeswoman for Johnny Manziel did not respond to initial messages seeking comment.

Manziel missed a mandatory meeting on Sunday and was not at the stadium for the team's season finale against the Pittsburgh Steelers. He was seen partying in Las Vegas Saturday night, where onlookers reported that wore a blond wig, fake mustache, and glasses. He also reportedly used the name "Billy."

On Wednesday, LeBron James expressed his concern over Manziel during his current difficulties.

"I don't know all the details on it, I really kind of even haven't been all up on it, but I've heard a little bit of it and it's just a distraction for not only himself but for everyone that's around him, including family, people that represent him, the people around him," James said. He'll figure it out at some point, we all hope."

Manziel signed with LRMR out of Texas A&M in 2014. LeBron James has publicly supported Manziel through trials in the past, but the latest controversy surrounding him appears to have been the final straw -- at least for their business relationship.