The Latest Browns Rumors On Trading Up In The NFL Draft, Jack Conklin And More 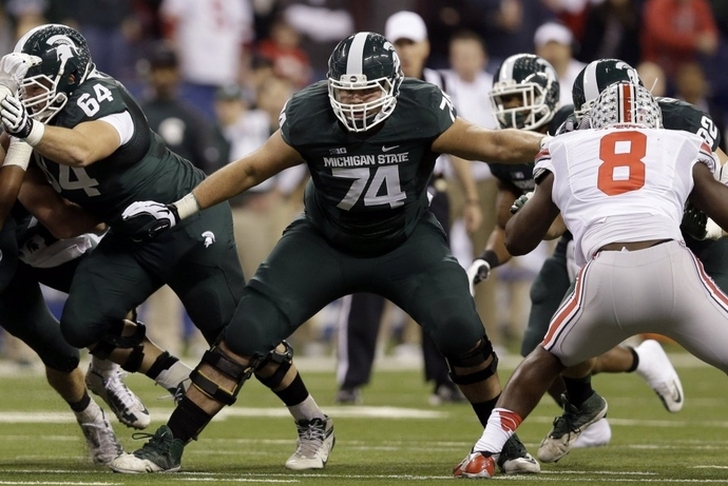 The NFL Draft is less than a week away, and there are plenty of Cleveland Browns rumors floating around. The Browns have the most picks this year, giving them great a chance to add talent in the draft. With plenty of needs, the Browns can likely take the best player on their board. Let's get you caught up to speed with all the latest draft rumors, news and speculation surrounding the Browns.

Browns Looking To Move Up From No. 32?
The Browns have traded down once already, but are also looking into moving up, reports Charlie Campbell of WalterFootball.com. The Browns hold the No. 32 overall pick, but moving into the first round would allow them to have a fifth year option on whomever they select. The Browns could try to land a QB like Lynch, Campbell reports, and have spoken to the Packers. However, don't rule the Browns going after a WR. A trade with a team like the Redskins would allow the Browns to get in front of several WR-needy teams.

Browns Could Trade Down In First Again
Not only could the Browns trade up into the first, they could move further down. Browns' VP of Football Operations Sashi Brown told Cleveland.com that the Browns could move down again, because the team "likes volume." A trade down could eliminate the need for the Browns to move back up in the first round, although they'd end up with even more ammunition by moving down.

Browns High On Conklin?
According to Tony Pauline, the Browns are high on Michigan State OT Jack Conklin. So much so that they could take him No. 8 overall. If Ronnie Stanley is still on the board, that seems a bit unlikely. However, he does fill a major need at right tackle. If the Browns trade down a few spots, then Conklin could easily be the pick if he's on the board.

Follow our Cleveland Browns team page for all the latest Browns Rumors!