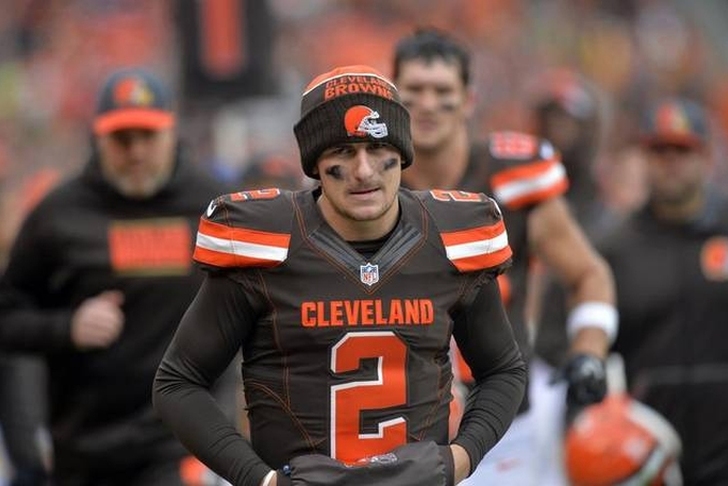 The Dallas Police Department have referred their misdemeanor domestic assault case against Cleveland Browns quarterback Johnny Manziel to the Dallas County District Attorney's office, sending the case to a grand jury. That jury will decide if there is enough evidence to charge Manziel in the case.

Manziel's former girlfriend, Colleen Crowley, filed an affidavit and protection order against the former Heisman trophy winner earlier this month, in which she accuses him of threatening to kill them both and hitting her so hard that she ruptrued an eardrum.

The incident started when the two allegedly got into an argument about another girl. When Crowley tried to leave, she says Manziel "restrained" her and "led" her to the valet area from a back stairway.

She reportedly begged the valet not to let Manziel take her, but he still was able to drive her half a mile to the nearby Concrete Cowboy Bar.

"He grabbed me by my hair and threw me back into the car and got back in himself," she reportedly told police. "He hit me with his open hand on my left ear for jumping out of the car. I realized immediately that I could not hear out of that ear, and I still cannot today, two days later."

The argument allegedly escalated from there, with Manziel threatening to kill himself before laughing off her attempts at reconciliation by telling her that he'd kill both himself and her. They eventually made it to her Fort Worth apartment, where she reportedly told police he smashed her phone and started "pacing" outside. In fear, she picked up a knife and advanced towards him when he walked back into the apartment -- an action which allegedly led Manziel to flee the apartment.

Manziel has already been dropped by his agent and marketing agency, and the Browns announced their plans to release him once the new league year starts on March 9.