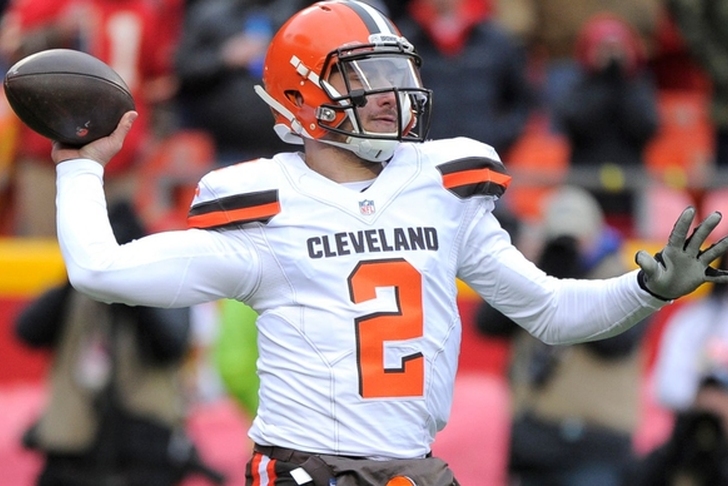 Cleveland Browns quarterback Johnny Manziel has already been ruled out for Sunday's season finale against the Pittsburgh Steelers, but he is still managing to make headlines off the field. According to USA Today's Scott Boeck, Manziel was seen partying on Saturday night:

Manziel spent 10 weeks in rehab this summer for alcohol abuse and left saying he was "a changed man." However, his partying ways didn't stop.

He was involved in a domestic roadside incident with his girlfriend last month, during which he admitted to drinking beforehand, and has demoted to third-string after lying to Browns head coach Mike Pettine about a video that emerged of him drinking and partying at a nightclub during Cleveland's bye week.

Manziel has passed for 1,500 yards, seven touchdowns, and five interceptions in six starts this season, including a career-high 372 yards against the Steelers earlier this season. He is 2-4 as the starter for the 3-12 Browns.

Third-string Austin Davis will start for the Browns on Sunday. Opening day starter Josh McCown is out for the season with a broken collarbone.