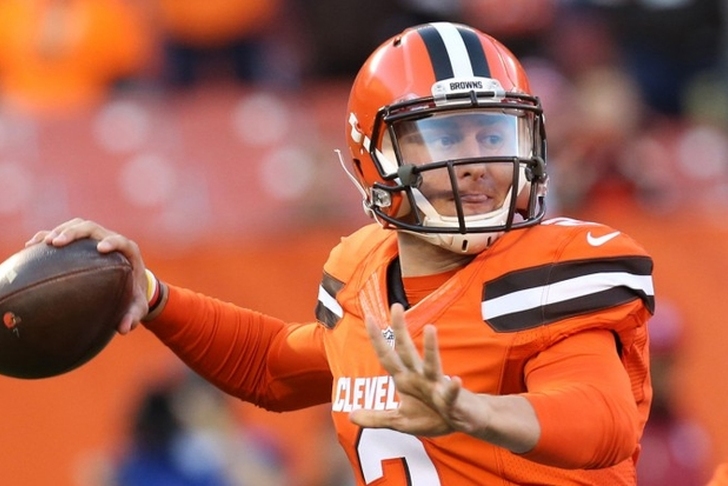 The Cleveland Browns picked up their third win of the season, knocking off the San Francisco 49ers at home by a final score of 24-10. Here's everything you need to know from the game:

The Browns ended a seven-game losing streak with the victory. Johnny Manziel is now 2-2 as Cleveland's starting quarterback, while the Browns are 1-8 with anyone else under center.

Cleveland's defense, which ranked among the bottom five in the league coming into this one, only allowed 114 yards midway through the fourth-quarter before a late drive by San Francisco.

The 49ers defense was gashed by the Browns for 230 rushing yards - including 145 yards from Isaiah Crowell. Cleveland came into the game averaging less than 80 yards per game.

"The San Francisco 49ers, played a poor football game ... they did a hell of a job; we did not. I think we took a step backwards today." - 49ers head coach Jim Tomsula.

"I've only gotten to play six or seven games. The number is starting to climb but for me, these mean a lot to me. I still have a lot to prove. I feel like I'm just getting started." - Manziel.

"Maybe we did take them a little light. We got the win last week and maybe we got a little big headed." - 49ers linebacker Ahmad Brooks.

Johnny Manziel should be the Cleveland Browns' quarterback next season - as long as he stays out of trouble his offseason. It's clear the Browns are at their wits end with Manziel's off-field antics, but his on-field play has been superb and is improving. He completed 68 percent of his passes for 270 yards and a touchdown, building off his 372-yard performance against the Steelers. Remember, he has only started six games in his career, and he's looked like a legitimate NFL starter in three of his last four outings.

Blaine Gabbert has been playing better than expected, but he's definitely not the answer. San Francisco's offense is still the worst in the league, and they were held to 10 points by one of the league's worst defenses. They're scoring just 15.8 points per game with Gabbert under center - a number that's far from acceptable.