Johnny Manziel Blasts Reporter On Twitter, Calls Him A 'P---y' 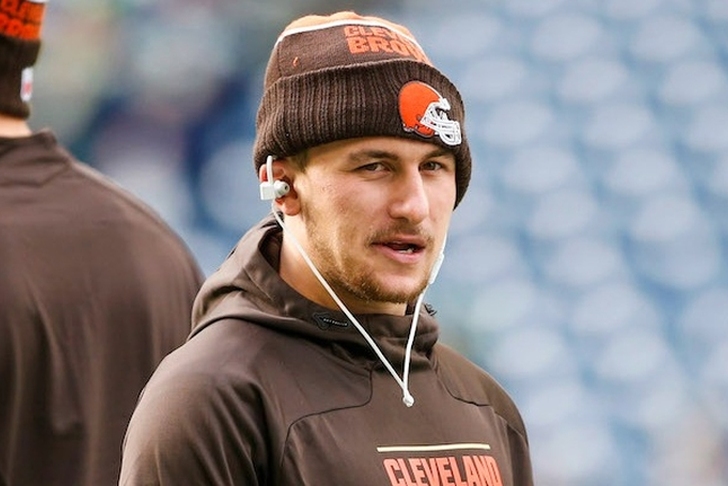 Johnny Manziel went after reporter Will Burge on Twitter under the assumption that Burge was the person who posted a picture of him watching the NFL Draft at a bar last night in Columbus, Ohio.

2 yrs ago he was a 1st rd pick...now hes unemployed watching it at a bar in Columbus b4 the Bieber concert #Manziel pic.twitter.com/phXU96jL3K

@WillBurge should have just said it to my face instead of sitting across from us tweeting away. Pussy

Burge claims he wasn't the one who took the picture, and fired back a challenge at the former Cleveland Browns quarterback.

I wasnt there tough guy. But we'll see each other DT Cle soon enough https://t.co/jZRdIH2SUB