Here’s The Point Spread For Every Browns Game In 2017 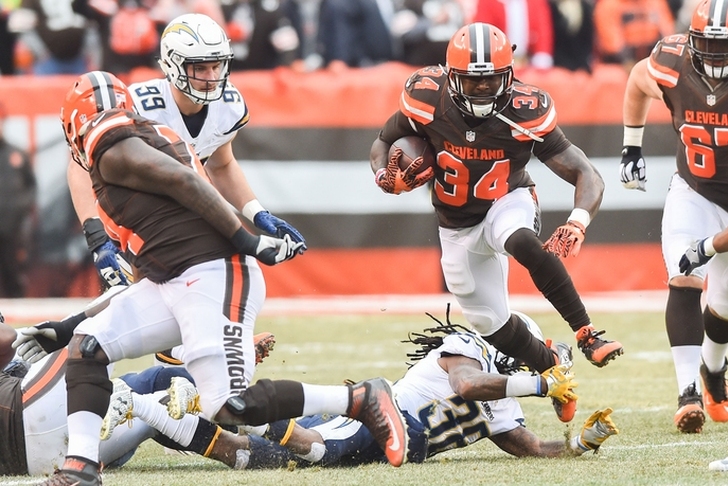 The Vegas odds for the first 16 weeks of the NFL season are out, and it's time to take a look at how Vegas thinks the Cleveland Browns will fare during the 2017 season. The Browns were awful last year, ending up with the No. 1 overall pick as they continue a multi-year rebuilding process. But, the Browns hope the offseason influx of young talent will at least slightly improve the on-field product this year.

The odds for Week 17 are not out yet, because of the tendency for team to bench players, so that week isn't counted. With that in mind, here is the point spread for each Browns' game in 2017.

Week 8: vs. Minnesota Vikings (in London)
Vikings favored by 7

Maybe it's not a huge surprise given the way the Browns have played lately, but the Browns aren't favored in any game. There is a pick 'em with the New York Jets and the no spread on Week 17, but that's it. In fact, the Browns are underdogs by at least a touchdown in all but six of the game with spreads. So clearly, Vegas doesn't trust the Browns. Still, even Cleveland will surely win at least a game or two this year.