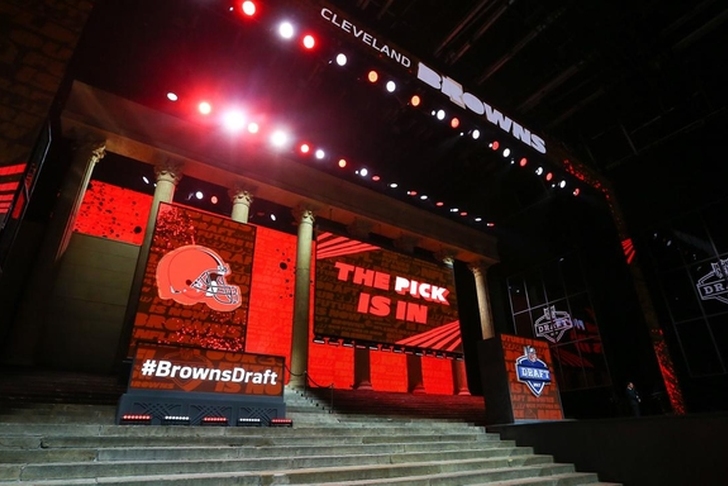 The Browns rumors have been swirling all offseason on who the Cleveland Browns will select with the 1st and 4th overall picks in the 2018 NFL Draft. What if the Browns traded one of their top two picks and moved back because other teams wanted to move up? With multiple teams such as the New England Patriots, Arizona Cardinals, and Buffalo Bills rumored to want to move up in the draft to select a quarterback, there is a chance these three teams may trade up and grab a quarterback if one is available. Here are three trades the Browns could make with the 1st and 4th overall pick in the 2018 NFL Draft:

1.) Trade 1st Overall With Buffalo In Exchange For Bills 12th, 22nd And 53rd Overall Pick
The Bills have two first round picks they could offer in a trade and I would be surprised to see Buffalo not try to trade at least one of them. Buffalo has been slowly moving their way up in the first round and if they want to trade away some picks to get their future quarterback they may be willing to do so.

3.) Trade 4th Overall With Arizona In Exchange For Cardinals 15th, 79th Overall Pick And A 2019 1st Round Pick
The Cardinals signed quarterback Sam Bradford this offseason, but he isn't the long-term solution in Arizona. Bradford hasn't played a full 16 game season since 2012 and missed 14 games last season due to multiple knee injuries. The Cardinals have shown interest in a quarterback and if one of the top guys falls down the draft board, don't be surprised to see Arizona try to climb up to 4.