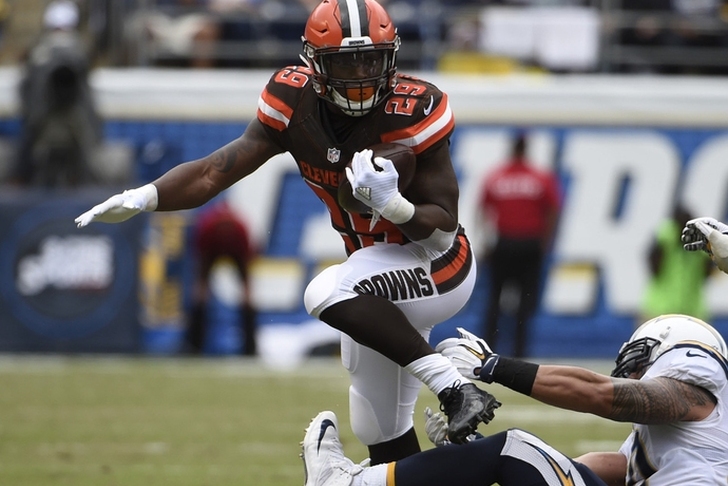 The NFL playoffs aren't over yet, but now is a wonderful time to reflect on the 2015 NFL Draft. While the true career arcs of these players won't be known for years to come, we do have an idea of which way the teams' draft classes are trending.

Unfortunately for the Cleveland Browns, the 2015 draft class failed to live up to expectations. They had 12 draft picks, but early indications have the team missing on far too many of those picks. With that in mind, here's our grade of the Browns' 2015 draft class.

Shelton should develop into at least a league-average DT, but didn't have the impact Cleveland hoped for. However, he still has promise. But Erving was a total disaster this season. He wasn't worth starting. With two first rounders, the Browns failed to get the impact they needed. Erving needs to turn things around quickly. For more on Erving and Shelton, check out the Chat Sports Android and iPhone app.

Orchard played a notable role, and was at least consistently useful this season. I really like Duke Johnson, but the Browns didn't use him enough this season. He was arguably the team's best rookie this year. Cooper was just awful this season, but a scheme change could benefit him. For more Browns news, download the Chat Sports Android and iPhone app.

Campbell, Johnson Gaines played a sparingly, mostly late in the season. They're the biggest success of the Day 3 picks. Telfer was hurt early and didn't make the active roster. Pullard and Mayle didn't make the roster. Ekpre-Olomu has promise, but is still rehabbing. Mayle was a total disaster of a pick. A sixth or seventh rounder failing to make the roster isn't a big issue, but that should never happen with a fourth round. The Browns had plenty of picks in the later rounds and failed to get any real contribution and they might not in future seasons. Download the Chat Sports Android and iPhone app for more Browns draft information.

Grade: D
Obviously this could change in a few seasons, but the 2015 draft class isn't looking promising for the Browns. They had 12 draft picks and got a true contribution from three of them. That can't happen for a team that was among the worst in the NFL this season. The 2015 class surely played a role in GM Ray Farmer being fired. Perhaps things will be different under the new regime. For all the Browns draft coverage, download the Chat Sports Android and iPhone app.