Eagles Trade With Browns For No. 2 Pick In 2016 NFL Draft 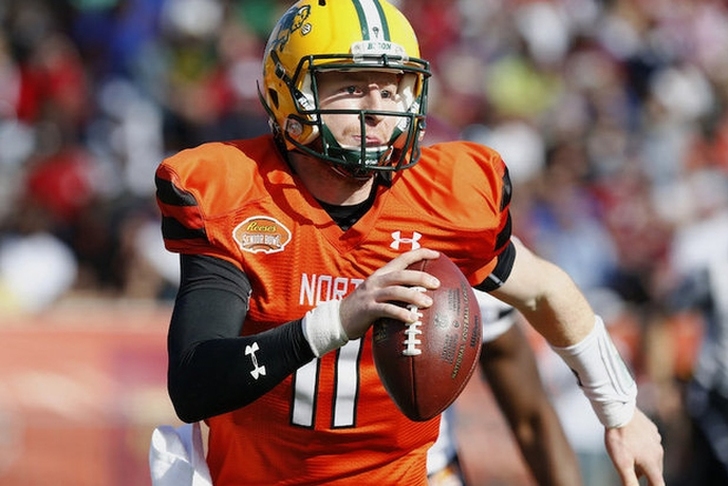 The Philadelphia Eagles have acquired the No. 2 overall pick in the 2016 NFL Draft from the Cleveland Browns, both teams announced on Wednesday.

#Eagles have agreed to a trade with the Cleveland Browns to acquire the second-overall pick in the 2016 NFL Draft. pic.twitter.com/SdJSegMy4m

Trade talk between both teams really picked up steam on Tuesday, as it was reported that the Browns were "actively shopping" the pick. the pick. Terms of the deal were reported on shortly thereafter.

Eagles executive vice president of football operations Howie Roseman says the team plans to take a quarterback with the pick, but will stick with Sam Bradford as its starting quarterback. In all likelihood, Philly will take either Jared Goff of Cal or Carson Wentz of North Dakota State, depending on who the Los Angeles Rams select first.

Bradford signed a two-year deal worth up to $36 million with the Eagles on March 1. Backup Chase Daniel also inked a three-year, $21 million contract with the team on March 10.

On the surface, the Browns are the team more desparate for a signal-caller. Cleveland signed Robert Griffin III in the offseason, but is still likely to target a quarterback later in the draft. The Browns now have 12 picks in the draft this year, which is tied for the most in the NFL.