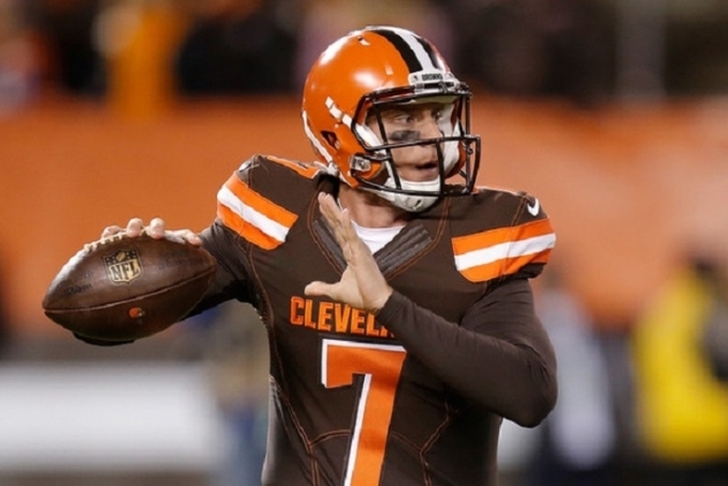 The Cleveland Browns announced they plan to start quarterback Austin Davis over Johnny Manziel on Sunday against the Cincinnati Bengals. Starter Josh McCown suffered a broken collarbone in Cleveland's loss to the Ravens on Monday night, and will miss the rest of the season.

Manziel, who the Browns drafted in the first-round last year, was announced as the team's starter for the rest of the season following his 372-yard performance against the Steelers in Week 10, but was demoted to third string after he lied to the front office about a video that emerged of him partying with alcohol during their bye week.

Manziel spent 10 weeks in rehab this summer for alcohol abuse.

Davis, who is in his fourth year in the NFL, made eight starts for the Rams last year. He completed 7/10 passes for 77 yards and touchdown filling in for McCown after he was hurt on Monday.

Manziel has made three starts this season and appeared in three more games, completing 59.4 percent of his passes for 933 yards, five touchdowns, and two interceptions with 90 rushing yards.