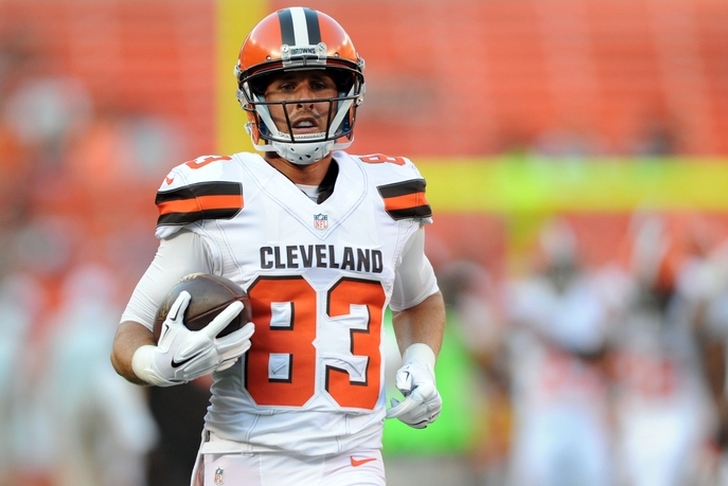 The Cleveland Browns have released wide receiver Brian Hartline, according to ProFootballTalk:

Hartline had 46 catches for 523 yards and two touchdowns last season. He was the team's fourth-leading receiver behind tight end Gary Barnidge, wideout Travis Benjamin and running back Duke Johnson Jr.

The veteran wideout signed a two-year, $6 million contract with the Browns prior to the 2015 season after he was cut by the Miami Dolphins. He was scheduled to make $3 million this season with a $3.75 million cap hit.