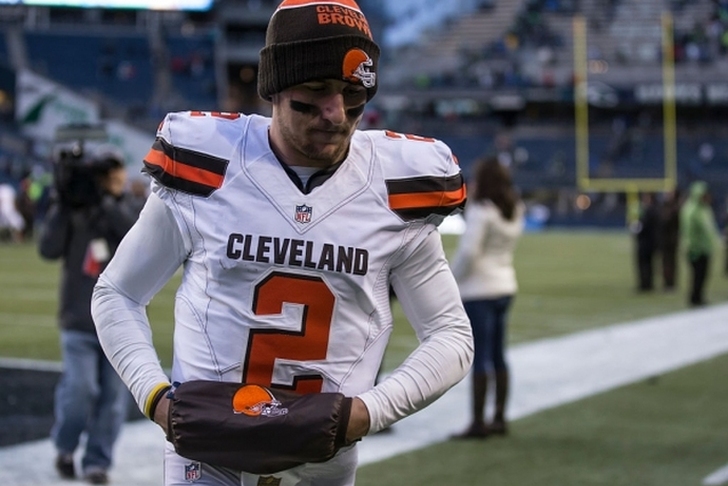 The Cleveland Browns finally made it official, announcing they have waived quarterback Johnny Manziel on Friday, making him an unrestricted free agent if no team claims him in the next 24 hours. The team had made their intentions to part ways with Manziel known in early February.

"We've been clear about expectations for our players on and off the field. Johnny's continual involvement in incidents that run counter to those expectations undermines the hard work of his teammates and the reputation of our organization," Browns director of football operations Sashi Brown said at the time. New Browns head coach Hue Jackson, per a source cited by ESPN's Dan Graziano, also made it clear internally that he didn't want Manziel to be his starting quarterback once he got the job.

The Browns traded up to the #22 slot in the 2014 NFL Draft to select Manziel, putting questions about Manziel's work ethic while playing/partying at Texas A&M behind them while focusing on his skill set as a dual-threat QB. However, that's all a moot point now as the Browns will eat $4.6 million against the cap by waiving him.

Manziel was questioned by police back in October for another domestic incident with his girlfriend. It is unclear at the time whether or not Saturday's incident involved the same girlfriend.