Cleveland Browns Looking To Trade Top Pick In Second Round 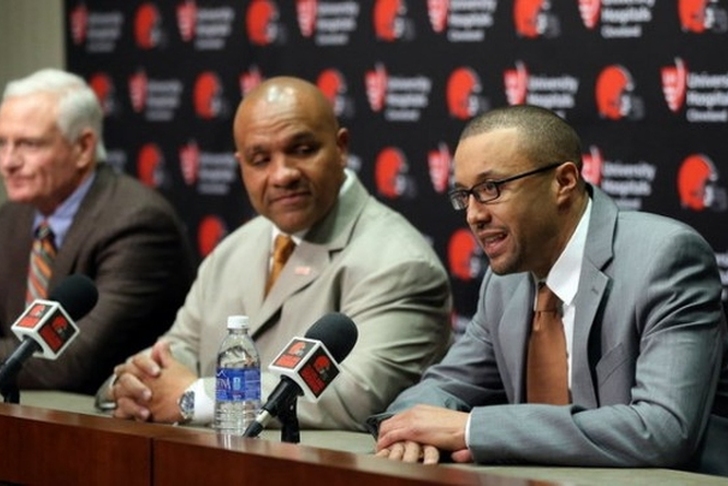 The Cleveland Browns currently hold the No. 32 overall pick, or the first pick in the second round, but they may not have it for long.

According to Pro Football Talk's Mike Florio, the Browns are fielding calls about trading that selection:

Per a league source, the Browns are and have been fielding calls regarding a possible trade that would result in yet another trade down — and yet more extra draft picks for a team that is stockpiling building materials for its rebuilding effort.

Cleveland should have several offers for the pick as UCLA linebacker Myles Jack, who was expected to be a top 10 pick, is still available due to concerns about the knee injury he suffered during his college season. However, NFL Network's Ian Rapoport is reporting that the Cowboys are really trying to move into the spot to draft a pass rusher, putting Clemson's Kevin Dodd in the picture:

The #Cowboys are attempting to trade up with the #Browns at No. 32, source said. The likely target is a pass-rusher.