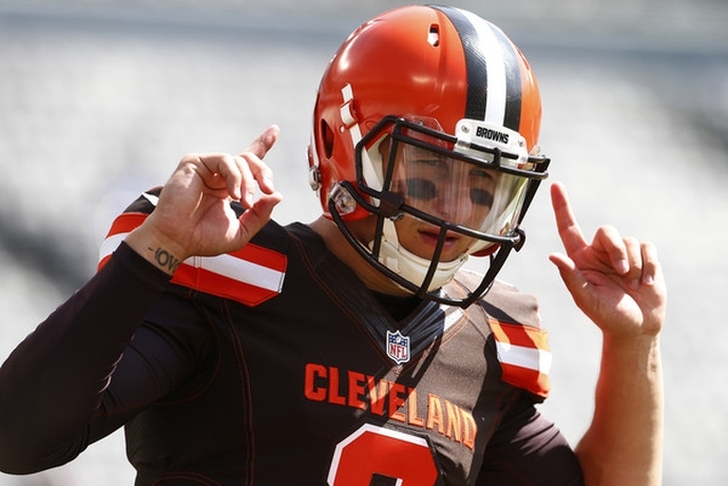 The Browns have denied the report that they lied about Johnny Manziel having a concussion to cover up Manziel showing up drunk to a practice.

"Johnny Manziel was diagnosed with a concussion by an independent neurologist," a Browns spokesman told Mary Kay Cabot of the Cleveland Plain Dealer. "He wasn't cleared until Jan. 12. The fact that people are saying we lied about [Johnny Manziel's] concussion is false."

Cleveland Browns quarterback Johnny Manziel missed the last game of the regular season as he supposedly failed to pass the league's concussion protocol, but that wasn't the case. According to NFL Network's Mike Silver, Manziel showed up drunk to practice on Wednesday prior to the season finale, and the Browns lied about Manziel's concussion to help cover it up.

“Johnny Manziel, going into what would have been a start late in the season, showed up drunk at practice on a Wednesday," Silver said. "The Browns lied and said he was in the concussion protocol. Let me repeat that: The Browns lied, to try to protect, and I would argue enable, this irresponsible and very troubled young man.”

Manziel was ruled off of that season finale due to the reported concussion, but was spotted partying in Las Vegas while wearing a wig and a fake mustache on the Saturday night before their Week 17 game.

This is just the latest in a string of recent troubling off-field incidents involving Manziel, who was accused of beating his ex-girlfriend and threatening to kill them both in a affidavit that was released yesterday.

Cleveland has already announced that they will "part ways" with Manziel in March, either via trade or release, but it seems highly unlikely that any team around the league would trade for him. The team will eat $4.6 million against the cap once the cap increases in March, while it would have cost just $2.4 million if they kept him.