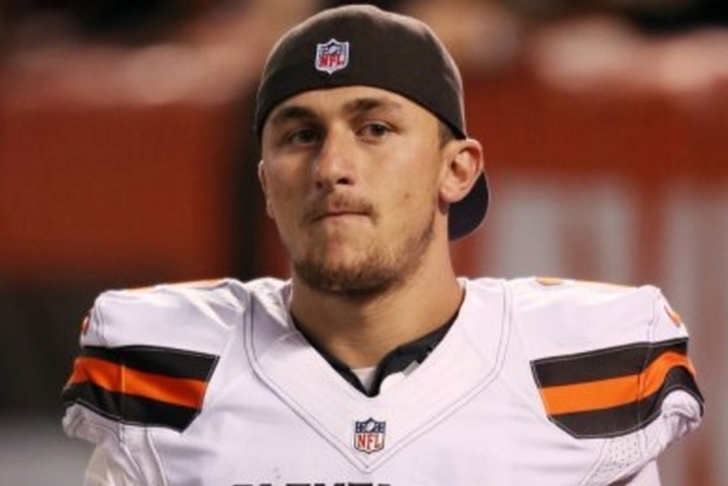 The Cleveland Browns have fired general manager Ray Farmer and head coach Mike Pettine, and it appears that they're ready to move on at quarterback as well. According to Sports Illustrated's Peter King, the Browns are "so done" with Manziel after he missed an appointment with a team doctor this morning.

JFF1: Reported this on @SNFonNBC re Manziel: Browns require players in concussion protocol to be seen by team medic at 9 am on Sunday …

JFF2: … even if they’re not playing. Manziel didn’t show up Sunday. Browns couldn’t reach him on phone. At this point I can tell you …

JFF3: … Browns are so done with the guy. I will be stunned if he ever plays another snap for Cleveland. He wants to go to Dallas.

Manziel was ruled out for Sunday's regular season finale against the Steelers with a concussion this week, and he was seen partying in Las Vegas Saturday night. Manziel even went as far as to post this photo on Instagram with the tag "#SaturdayNights" to try and throw people off his trail:

Manziel spent 10 weeks in rehab this summer for alcohol abuse and left saying he was "a changed man." However, his partying ways didn't stop despite repeated warnings from the Browns.

He was involved in a domestic roadside incident with his girlfriend last month, during which he admitted to drinking beforehand, and has demoted to third-string after lying to Browns head coach Mike Pettine about a video that emerged of him drinking and partying at a nightclub during Cleveland's bye week.

Manziel passed for 1,500 yards, seven touchdowns, and five interceptions in six starts this season, including a career-high 372 yards against the Steelers earlier this season. He was 2-4 as the starter for the 3-13 Browns.