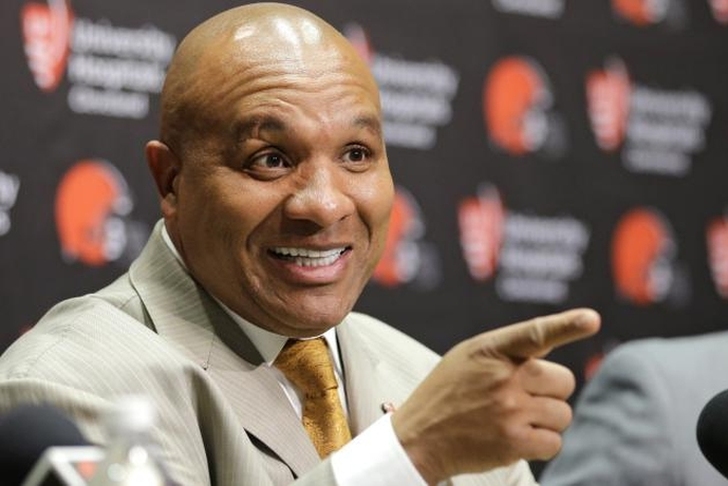 The Cleveland Browns are "initiating talks" and "actively shopping" the No. 2 overall pick in the NFL Draft, reports NFL Network's Jeff Darlington.

Nothing imminent here, but yes, GM Sashi Brown has initiated the calls to gauge market for his No. 2 pick. https://t.co/gBtqzx4OLY

Cleveland was expected to take North Dakota State QB Carson Wentz with the No. 2 pick, but after signing Robert Griffin III in free agency, they have decided to look elsewhere.

Wentz and Cal's Jared Goff are thought of as the top two quarterback prospects in the draft, and the Los Angeles Rams traded into the No. 1 spot in order to draft one of them. Cleveland is hoping another team in need of a quarterback will want the No. 2 pick in order to take whichever player the Rams don't take.

Both the Philadelphia Eagles and San Francisco 49ers have expressed interest in both Goff and Wentz, and are the most likely trade partners for the Browns.