Chat Sports' Coaching Hot Seat: What Hue Jackson Needs To Do To Keep His Job Past 2017 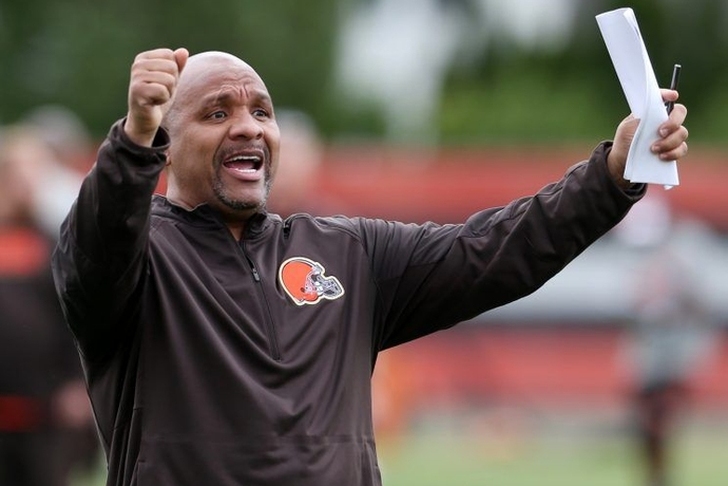 The Cleveland Browns are coming off an extremely disappointing 1-15 season, and while the Browns were expected to struggle, winning just one game caused questions to be raised about Hue Jackson's future with the team. He is back for another year in 2017, and while Cleveland insists they are committed to this rebuild, another similarly terrible year could mean he does get fired after the season.

Chat Sports is exploring several coaches who are going into next season on the hot seat, and what they can do to save their jobs. Obviously, winning more games is what cures all. If Cleveland's record improves, all of those rumors circulating around Jackson will dissipate. However, here are three other factors that could turn the tide in his favor:

1) Find a quarterback
This is a problem that has hindered the Browns ever since they came back into the league in 1999. They have rotated through 27 starting quarterbacks in that time frame, and finding a starting quarterback they could rely on - whether it be a draft pick, Jimmy Garoppolo, Cody Kessler, Robert Griffin III or someone else - would be huge for both the future of the franchise and for keeping Jackson around.

2) Show areas of on-field growth - anywhere
It's no secret that the Browns were really, really bad across the board last year. But they were expected to be, throwing a lot of young players into the fold so they can take their lumps and develop. Now, they actually have to show that development and progress for Cleveland to be convinced they should stay the course.

3) Develop a core to build around
Part of that development is identifying the young players that will be the core of this team moving forward. Yes, it's good to have players like Joe Thomas and Jamie Collins to rely on, but finding young players who can join them in that core - and who will be around for a long time - is the next step. Signing Collins to an extension was a good step. Now, they need to build on it.