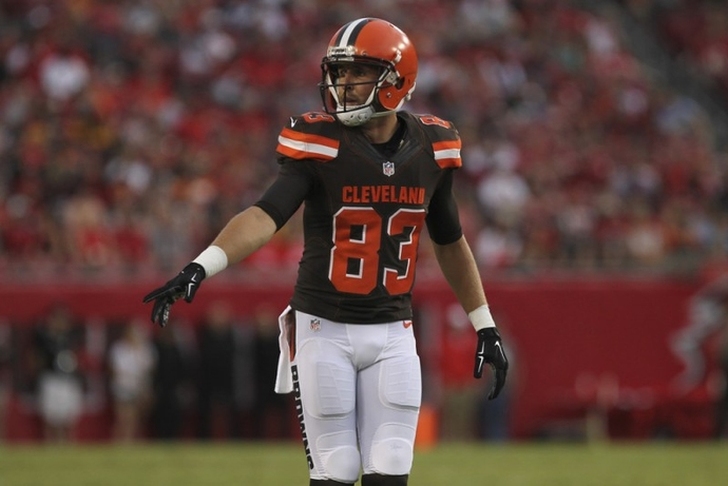 The Cleveland Browns will be without wide receiver Brian Hartline the rest of the season. Hartline suffered a broken collarbone Sunday, ending his year.

Hartline led the Browns in receiving during their 24-10 win over the 49ers. He caught eight passes for 107 yards before going down.

The Browns added Hartline this offseason, signing him to a two-year, $6 million contract. Hartline went to Ohio State and was a fourth round pick by the Miami Dolphins. Hartline spent six seasons with the Dolphins.

Entering Week 14, Hartline had reeled in 38 catches for 416 yards and two scores. On a team lacking weapons, Hartline was third on the team in targets and yards. A possession receiver, Hartline had just 74 yards after the catch.

With Hartline out, the Browns could turn to Taylor Gabriel or Marlon Moore as the starter across from Travis Benjamin. The team also has Dwayne Bowe and the newly signed Terrelle Pryor as other notable wide outs.