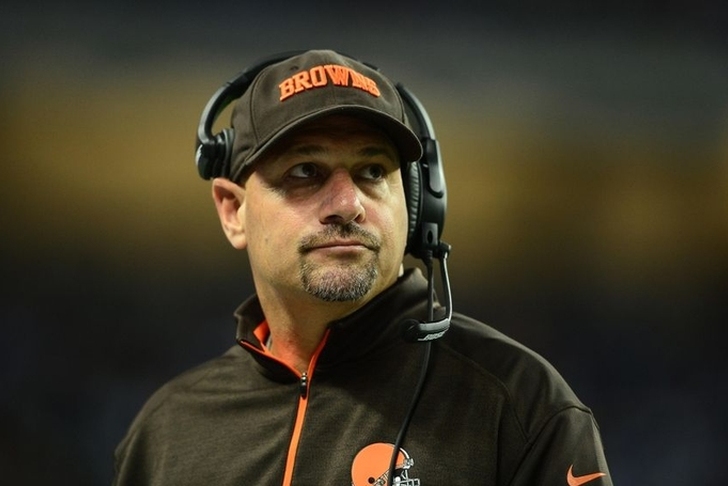 The Cleveland Browns will fire head coach Mike Pettine after the conclusion of the regular season, a source with direct knowledge of the situation told Chat Sports CEO James Yoder.

Pettine has posted a 10-21 record in his two years in charge of the Browns. After a 7-9 record last year, the Browns dropped to a disappointing 3-12 mark so far this season. The Browns' disappointing effort has led to reports that those around the Browns believe Pettine will be fired. While owner Jimmy Haslam reportedly wouldn't answer Pettine's question about job security, our source confirmed that Haslam will fire Pettine after the season ends. In addition, Mary Kay Cabot of the Cleveland Plain Dealer is reporting Pettine will be fired.

"The team has taken a big step back this season," our source said. "There were too many games were uncompetitive for Haslam to have any confidence it will change next season."

The same sources told our Mack Ferguson that the Browns would target Ohio State head coach Urban Meyer. While there is no new information regarding the Browns' pursuit of Meyer, he did acknowledge that a team had reached out to him.

When the Browns fire Pettine, he will be the fourth straight coach to fail to make it to a third season for Cleveland. No Browns head coach has lasted into his third year since Romeo Crennel lasted four years from 2005 to 2008.