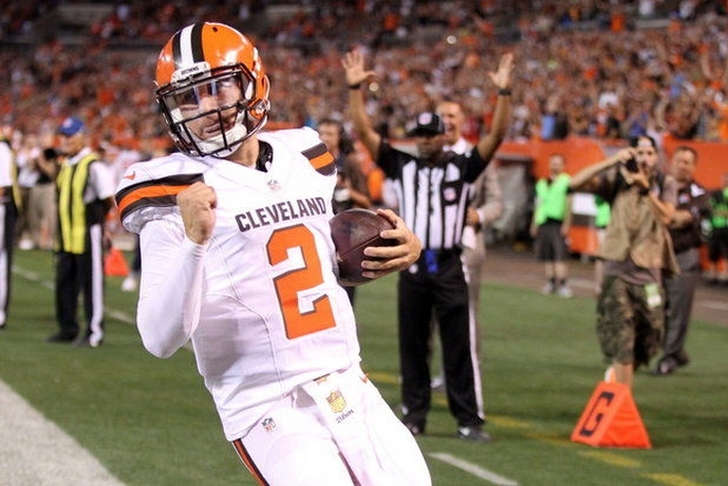 The 2015 NFL season is just days away, and there’s plenty of intrigue to spare surrounding the Cleveland Browns as the days tick down. Here's what we've learned about them so far in training camp:

Josh McCown will start Week 1, but Manziel's performances in practice and in the preseason have proven that he can be effective at the NFL level. His commitment and mentality shift has been everything the coaching staff wanted it to be, and while he still has a lot to improve upson, don't be surprised if he's named the starting quarterback sooner rather than later this season.

The Browns have some extremely tough decisions at the wide receiver position as everyone has played well and shown promise. Josh Lenz was the standout player at the scrimmage, Darius Jennings impressed against the Redskins, and Terrelle Pryor presents a ton of talent and promise. Rookie Vince Mayle, a fourth-round pick in this past year’s draft,  and Taylor Gabriel also have a lot of upside. Marlon Moore is a vital cog on special teams, and veterans such as Dwayne Bowe, Brian Hartline, Andrew Hawkins, and Travis Benjamin are expected to make the team.

Cleveland will lean more on the passing attack

Head coach Mike Pettine was determined to use his ground-and-pound philosophy last year, and their one-dimensional offense caused the Browns to lose the last five games of the season. With the additions and talent at wide receiver, along with improved quarterback play, Cleveland will open up the offense more.