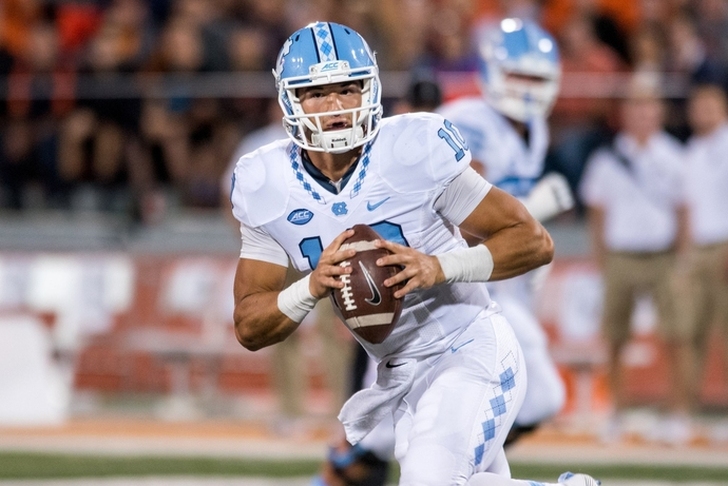 The Cleveland Browns are "strongly considering" drafting former North Carolina quarterback Mitch Trubisky with the No. 1 overall pick in the upcoming NFL Draft, according to Mary Kay Cabot of Cleveland.com.

Trubisky, the Mentor, Ohio, native, checked off one of Hue Jackson's major boxes Thursday when he measured 6-foot-2 1/8 at the NFL Combine.

One top NFL personnel executive told cleveland.com Thursday that he'd definitely take Trubisky No. 1 now that he measured over 6-1. "He's got size, he can move, he sees the field, has a big arm and more upside than Carson Wentz last year. They'd be set,'' he said.

Cleveland is also open to trading the No. 1 pick, but it also seems clear that Trubisky is their top target. After he measured in a just over 6-foot-2, head coach Hue Jackson said that he believes that is the perfect size for a quarterback.

“I think a guy has to be about 6-foot-2 to play in this league. The special guys. There’s some other guys who have played in this league that aren’t 6-foot-2. But the majority of the guys have played have been 6-foot-2 or a little better and I feel that’s what I like in a quarterback.”

Another concern surrounding the former UNC signal caller was him only being a starter for the Tar Heels for one year, but Jackson wasn't too concerned about that, either.

“I don’t think that’s what’s important,” Jackson said. “If a guy demonstrates the characteristics of what you’re looking for, I think it’s important to keep digging and finding out more. I don’t get concerned about that part of it, as long as that guy can do what he needs to.”