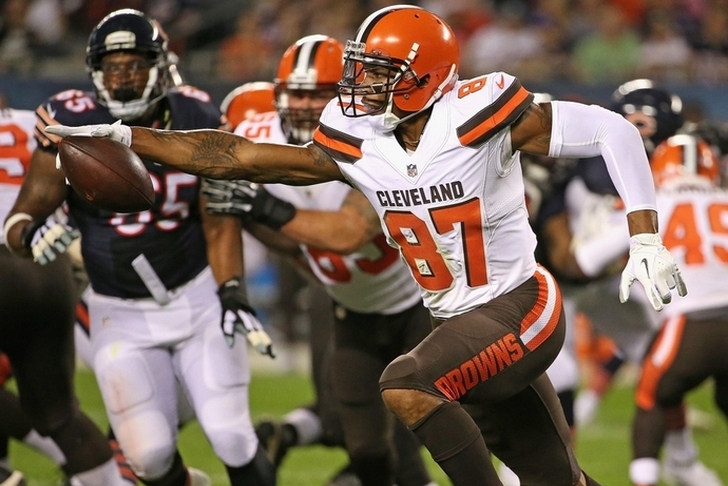 The 2-9 Cleveland Browns are bringing back Terrelle Pryor. He'll play wide receiver, and will be expected to help boost a unit battling injuries. Pryor seemed to confirm the news when he tweeted out "Glad to be back in Ohio."

Pryor originally made the team's 53-man roster, before being cut when the team claimed RB Robert Turbin off waivers. He was cut before the regular season started. He's had several workouts with teams, including the Seahawks, 49ers, Patriots and Giants.

Pryor tried to make in the NFL as a QB, but was unable to do so. The Oakland Raiders took him in the 2011 NFL Supplemental Draft, but Pryor completed just 56 percent of his passes before being trade to the Seahawks. He also had brief stints with the Chiefs and Bengals.

An incredible athlete, Pryor made the switch to WR after it was clear QB wasn't in his future. The Browns' WR corps is banged up; both Andrew Hawkins and Taylor Gabriel missed Monday Night's game against the Ravens. Plus, WR Dwayne Bowe has been a complete disaster as a free agent signing. He has just three catches this season, after signing a contract with $9 million guaranteed.

There's also the chance Pryor could serve as the team's emergency backup QB. Josh McCown was injured against the Ravens last night and could miss the rest of the season with a collarbone injury. Austin Davis replaced McCown, with demoted Johnny Manziel as the third string QB.