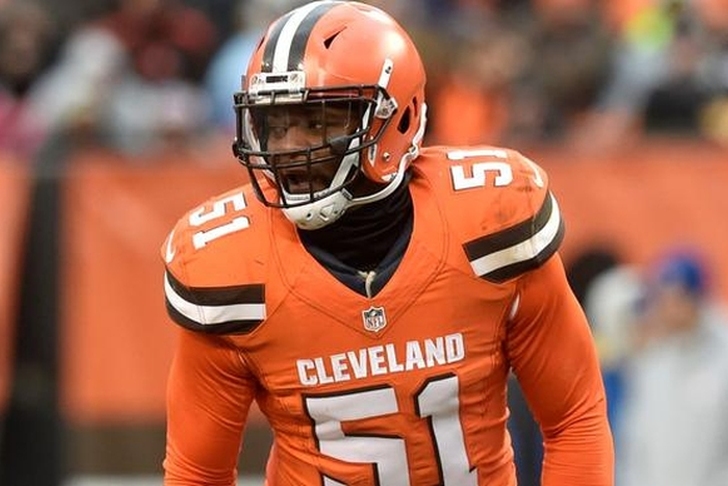 The Cleveland Browns have signed linebacker Jamie Collins to a four-year, $50 million extension, the team announced:

“I want to thank the Cleveland Browns organization for giving me this opportunity,” Collins said. “From the day I walked in the door, I felt welcomed by my new teammates and everyone in this organization. The past is the past as far as last season’s record, but today is a new day. I’m only looking forward. I know we have a lot of work to do, and with Coach Hue leading us and the front office bringing in talent, I feel like we are going to get there and I feel good about continuing my career here.”

“It’s no secret how I feel about Jamie Collins,” said head coach Hue Jackson. “He’s an outstanding football player and a guy we think can be part of the foundation of a tremendous defense. I was excited when we were able to trade for him last season, and now, I’m even more excited knowing that he is going to part of our future. We all know we have a lot of work to do to get our team where we feel it needs to be. Jamie wants to be a part of that. He wants to help build this team for success. He was outstanding in our locker room last year because he’s seen what success in the NFL looks like and our players respect the way he carries himself. We are all looking forward to him being a part of the success we plan to earn through our hard work and preparation.”

Cleveland surprising acquired Collins in a Oct. 31 trade with the New England Patriots, and the plan was to have Collins be a centerpiece for their defense for the foreseeable future.

“We are going to be aggressive about acquiring talent, and when we had the opportunity to trade for Jamie back in October, it was done with the intent of him becoming a long-term part of our defense,” said Executive Vice President of Football Operations Sashi Brown. “Jamie has shown throughout his NFL career that he is a very talented player with a rare skill set that allows him to impact games in a number of ways. He’s a versatile, smart, competitive and physical football player who has experienced winning at the highest level. Jamie was great to have in our building this season, and we look forward to him being a Cleveland Brown for a number of years to come. We are counting on him to be a big part of us becoming a winning team.”